Kate Tigue is the Head of Youth Services at the Morrill Memorial Library. Read her column in the December 27, 2018 edition of the Norwood Transcript and Bulletin.

Can you stand to read books or watch television programs or movies with unlikable protagonists? It certainly is challenging to connect with characters who do, say or believe things that breach cultural norms,  don't meet our standards of courteousness or are just plain wrong! It’s easy to distance ourselves as readers when we encounter characters who clearly take delight in hurting others and call them villains. But what about characters who are unlikable in the middle of very sympathetic situations, like navigating difficult life circumstances?  It’s more difficult to forgive missteps as a reader when complicated characters don’t meet our expectations, even when they are trying their best.

Read more »
Posted by Charlotte Canelli at 2:41 AM

An Unlikely Advocate of Aromatherapy

Brian DeFelice is the Technology Librarian at the Morrill Memorial Library in Norwood. Read his column in the December 20, 2018 edition of the Norwood Transcript &Bulletin. 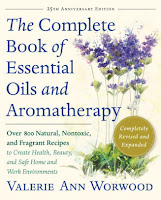 Aromatherapy became an interest of mine, oddly enough, after attending a technology conference. A few years back, I was lucky enough to attend the “Computers in Libraries” conference in Virginia. As an Information Technology librarian, I have always loved attending this conference. It’s very exciting to see what other libraries around the country (and beyond!) are doing with technology to better serve their communities.

Norma Logan is the Literacy Coordinator at the Morrill Memorial Library. Read Norma Logan's column in the December 13, 2018 edition of the Norwood Transcript and Bulletin.

December 7, 2018   marks the 77th anniversary of the Japanese attack on Pearl Harbor which led to the United States’ entry into World War II.   The US involvement started in 1941 and lasted until the end of the war in 1945. According to US Department of Veterans Affairs statistics, 496,777 of the 16 million Americans who served in World War II are alive in 2018.  We are losing 372 veterans per day.
My 96 year old father-in-law, Bill, is one of the surviving 496,777 WW II veterans.  Although he now sometimes forgets little things, he does remember Pearl Harbor and D-Day vividly.  He was not in the military at the time of the attack on Pearl Harbor, but he had a vital part in D-Day (June 6, 1944), the day when allied forces invaded northern France by means of beach landings in Normandy.

A Star is Born - One More Look

Charlotte Canelli is the library director of the Morrill Memorial Library in Norwood, Massachusetts. Read Charlotte's column in the December 6, 2018 edition of the Norwood
Transcript and Bulletin.

Aashiqui 2 is the 2013 Bollywood version of A Star is Born. With subtitles in English, the musical is a lovely remake. It stars exceptionally handsome Aditya Roy Kapur - and the even more beautiful Shraddha Kapoor. The music is enchanting, and both conventional Bollywood cinematography and delightful chemistry between the two actors received much critical praise upon its release. Translated to the English "love makes one live," the Hindi Indian film matches the 1976 musical closely – it is the intense and tragic story of two musicians, Rahul Jaykar (or R.J.) and Aarohi Keshav Shirke.

When Bradley Cooper took over the project as director, he hoped his fresh version of A Star is Born - of rising and descending stars – would be a box office success. Although Clint Eastwood had envisioned American songwriter and singer Beyoncé as the leading lady of the next remake, it was upon listening to pop singer Lady Gaga at a benefit concert that Cooper knew that he had found his star in Stefani Joanne Angelina Germanotta, Lady Gaga’s real name.
Read more »
Posted by Charlotte Canelli at 3:23 PM