Liz Reed is the Adult and Information Services Librarian at the Morrill Memorial Library in Norwood, Massachusetts. Read Liz's column in the October 26, 2017 edition of the Norwood Transcript and Bulletin.

“Don’t worry, all the hauntings here are friendly,” the curator reassured us at the start of the tour. He felt the need to offer this calming statement because we were just about to be led on a paranormal ghost tour of the Fairbanks House Historical Site in Dedham, MA. The date was Friday October 13th. 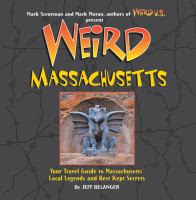 Dear readers, your reaction to the idea of a ghost tour of the oldest timber frame structure in North America on the night of Friday the thirteenth is probably similar to the reaction of my friends when I suggested it. For some strange reason, this was the date with the largest block of unreserved tickets – go figure. The tour was very interesting, and I highly recommend it for anyone looking for an evening with a bit of seasonal atmosphere, a lot of history, and a large dollop of local flavor.

Remembering Pearl Harbor - A Hawaiian Visit to the Arizona

Charlotte Canelli is the library director of the Morrill Memorial Library in Norwood, Massachusetts. Read Charlotte's column in the October 19, 2017 edition of the Norwood Transcript and Bulletin.

Read more »
Posted by Charlotte Canelli at 1:00 AM

Sam Simas is a Technology Assistant at the Morrill Memorial Library this winter and spring. Read Sam's column in the October 12, 2017 issue of the Norwood Transcript and Bulletin.

I might be the only person neurotic enough to worry that I will die without having read enough books. Some books, like Thomas Jefferson’s Notes on the State of Virginia or Stephenie Meyer’s Twilight (no offense?), will probably not create an existential void if I never crack them open. But others contain stories and worlds so well wrought that they could change my life, and perhaps make me even more neurotic (i.e., What if the last book I read was the best one and I’ll never read anything better?). In order to cram as much story as I can into my life, I’ve identified areas that produce stress, like a commute around the Boston area or listening to the news, and have replaced them or supplemented them with audiobooks.

A Total Eclipse of the Sun!

Charlotte Canelli is the library director of the Morrill Memorial Library in Norwood, Massachusetts. Read Charlotte's column in the October 5, 2017 edition of the Norwood Transcript and Bulletin.

As a child and teenager growing up in 1960s California, I should have witnessed a handful of eclipses of the sun. I don’t remember much about them, though. I have a vague memory of watching the sun disappear while viewing it through a pinhole box as a teenager.

Read more »
Posted by Charlotte Canelli at 1:00 AM