You're Gonna Need a Bigger Boat!

Charlotte Canelli is the library director of the Morrill Memorial Library in Norwood, Massachusetts. Read Charlotte's column in the June 29, 2017 edition of the Norwood Transcript and Bulletin. 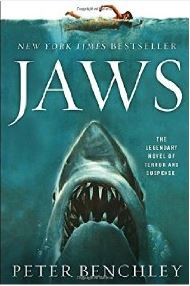 It was one year after the release of the Steven Spielberg horror/thriller Jaws that Universal Studios Hollywood created their Jaws ride on their Studio or Backlot Tour. In that pre-digital age, the awesome special effects of the Jaws exhibit were animatronic Jaws, some foamy water and bright red blood, and a terrorizing tram ride along the shores of Amityville. Hardy riders watched the demise of a replication of the notorious boat, The Orca.

The Word for Potatoes

Sam Simas is a Technology Assistant at the Morrill Memorial Library this winter and spring. Read Sam's column in the June 22, 2017 issue of the Norwood Transcript and Bulletin.

Read more »
Posted by Charlotte Canelli at 2:37 AM

A Visit with JFK

Charlotte Canelli is the library director of the Morrill Memorial Library in Norwood, Massachusetts. Read Charlotte's column in the June 15, 2017 edition of the Norwood Transcript and Bulletin.

I was in sixth grade when President John F. Kennedy was assassinated. My family lived in Berkeley, California.  I was home ill that fateful day with yet another bout of chronic tonsillitis.

As I watched morning television at 10:20 am with my 3-year old younger brother, KTVU (Oakland) interrupted Miss Nancy’s Romper Room. We heard shocking news that the President had been shot. (I lived on the West Coast. If you lived on the East Coast, it was 1:20 pm when Walter Cronkite interrupted the daytime soap opera, As the World Turns, to tell you this horrific news.)

Read more »
Posted by Charlotte Canelli at 11:03 AM

Stuck on a Desert Island

Nancy Ling is an Outreach Librarian at the Morrill Memorial Library. Read the published version of Nancy Ling's column in the June 8, 2017 edition of the Norwood Transcript and Bulletin.

For our 6th annual library essay contest the topic was “If You Were Stuck on a Desert Island, What Book Would You Bring and Why?” Yes, this is an oft used question but we had as many different answers as sand upon the shore. 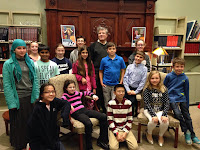 Read more »
Posted by Charlotte Canelli at 11:20 AM